Well, it’s official, toilet paper has made it onto the endangered species list. 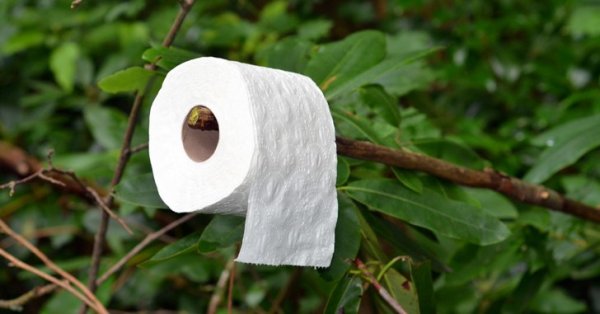 I digress though. I wanted diversity in my food. I wanted Muffins. Soup wasn’t going to cut it today.

I left my house with one goal in mind, muffins. Costco muffins specifically. I was wrong when I thought Costco would be more empty than usual. Everyone and their uncle were there buying multiple grocery carts of food. Toilet paper is a memory at this point, and you’d better buy a lotto ticket if you’re lucky enough to spot any sort of sterilizing cleaner, let alone buy it.

I had my gloves and a plan. Well, the Boyfriend came up with the plan and it worked for me. I handle the credit cards, he handles everything else. Regardless of the fact that if he gets sick I’ll get sick too, but it was a plan.

Now, the first obstacle was getting into the store. There’s that social distancing of six feet that I had to play with. Costco made a valiant attempt at trying to guide the customers toward the entrance as best they could, but there were two things they forgot to account for: One, was the sheer size of a Costco cart and two, was the fact that customers are bloody idiots.

What made the scene all the more ridiculous was this lady blocking the narrow pathway of pallets Costco designed leading into the store with her two overstuffed carts. While she stood there essentially blocking everyone trying to get in, she was kind enough to yell at the top of her lungs for everyone to stay away. Why was she doing this you ask? Well, she was waiting for her jumbo-sized truck, of course, which then proceeded to block the entirety of the pathway while she loaded the vehicle.

At this point, I was second guessing every action that led me here as I dodged that hot mess and entered the store. Were muffins worth all this trouble? Was that elderly gentleman touching every single shirt on the pallet only to walk away for no other reason than he wanted to touch them all?

I dodged a kid who got too close and navigated through throngs of families because shopping for toilet paper and water is a family affair at this point. And the overstock that Costco stored on the steel shelves over our heads were completely empty and the pallets on the ground were mostly picked through. For a millennial who has grown up with excess all my life, the scene was kind of breathtakingly terrifying. I’m not saying the American way is the best, that surplus is the best, but there was that little nagging voice in the back of my mind that screamed ‘I need to buy everything or I’ll literally die.’

I took a breath and got over myself, then bought a normal amount of food that two people would need. And don’t forget the muffins. 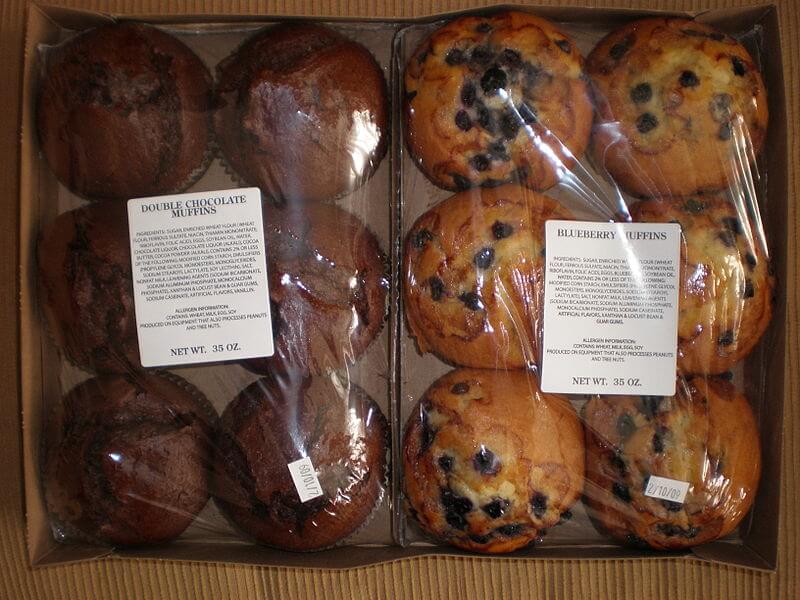 We left Costco with little to no hassle, aside from dodging the idiot exit stoppers like a boss. When we got home, we had to start the decontamination process for everything we purchased. (Remember the old guy that touched every shirt? I just applied that to everything we bought and was thoroughly freaked out).

For me, however, the sterilization process was simple. All I had to do was change out of my clothes into clean ones and go back to work at my desk. A benefit of making a Costco run during my lunch break was that the Boyfriend had to unload everything. Things that were perishable he wiped down, things that weren’t he set on our patio to self-sterilize for a day or two, right next to the mail and packages.

Unfortunately, my OCD-like need to put everything away is killing me because I can see the soda and trash can liners just sitting outside taunting me. 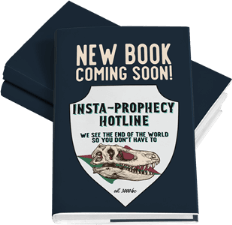 The Insta-Prophecy Hotline Series
is Coming Soon!
And it’s going to be big!

Storm the Castle and become a noble!